Slow mornings are how I like to start my day.

I’m not someone who likes to feel busy or stressed so I take things easy. I don’t overload myself with tasks but only do what is necessary to get me closer to my goals each day.

I’ve therefore created a daily routine to fit around this.

I’m lucky in the fact that I don’t currently have children, a dog or work a 9 to 5 so I have the freedom to work when I want or when I feel most productive.

But it didn’t always used to be like this.

When I first started my business I tried so hard to stick to the usual 9 to 5 because that’s what everyone else was doing and it still is the norm.

But I struggled to stick to it.

Every evening I would go to sleep at midnight because I had a burst of creative energy at 9 pm and every morning I would ignore my alarm so I could catch up on sleep (if you know me, you’ll know that I don’t sacrifice my 9-hours for anything!)

I would feel so much guilt that I wasn’t starting work until 11am, taking a 2-hr lunch break and choosing to work on the couch while Netflix was playing in the background because that’s how I preferred to work.

So why all this guilt?

In all honesty, it was probably because of Social Media. I was consuming way too much content on Instagram that was telling me what I “should” be doing daily rather than listening to my body.

Every post I read on habits, or successful daily routines always started with “wake up early to get a head start on the day.”

Even the female entrepreneurs in my community were posting about their 6.30 am wake ups, early morning journaling sessions and jam-packed to-do lists that they managed to get halfway through while I was only just rolling out of bed.

This comparison made me feel like I wasn’t being productive enough and that I was doing it all wrong.

But then I read Atomic Habits by James Clear.

“You don’t have to build the habits everyone tells you to build. Choose the habit that best suits you, not the one that is most popular“

This completely blew my mind.

I realised that I had fallen into a trap of trying to build certain habits, and a routine for that matter, because everyone else was doing them or telling me to do them.

And the reason why I was struggling was because these habits didn’t suit my personality or the lifestyle I wanted.

And this is when it clicked – we all work differently from one another.

Just because something works for someone else doesn’t necessarily mean that it’s going to work for me.

Productivity is what works for the individual

So, after a lot of trial and error, I’ve learnt that productivity and routine building are unique to the individual and to that person’s lifestyle.

Just because I’m not an early riser doesn’t mean I’m not productive.

Just because I don’t work between 9 to 5 and sit chained to a desk all day doesn’t mean I’m not productive.

Being productive is not waking up at 5 am every morning, working 18-hours a day and having no time to rest.

Maximising your productivity is simply working intentionally towards your goals every day, whether they are big quarterly goals or personal mini goals.

And that’s exactly what I’m doing.

Read more about how to intentionally work towards goals here.

Get a routine to stick by basing it around your personality

Although it’s taken me a while, I’m finally happy with my daily routine.

Yes, sometimes I slip back into guilt mode but I just have to keep reminding myself that this is why I started my own business – so I could be in control of my own schedule.

I now understand that my most productive hours of the day are between 11 am and 7 pm so I make this work for me. I allow myself a slower morning as I get what I need to get done within these hours (taking as many breaks as possible).

My daily routine has also become very dependent on my mood and the seasons. I wake up a lot earlier in Summer than in Winter and just have more energy in general so I can get more done in the day.

Sometimes I will take a day off during the week because I really can’t be bothered to do anything.

Sometimes I’ll work on the weekends.

But that works for me. I like having flexibility.

I recently took Gretchen Rubin’s The Four Tendencies Test and my result was The Questioner.

This makes a lot of sense as I’m now definitely someone who likes to do “what I think is best according to my judgement. If it doesn’t make sense, I won’t do it.”

5 ways to create a routine that suits your personality & lifestyle

So, if you’re looking to build a more productive daily routine then I suggest building it to suit your own personality and lifestyle you want.

If you’re not a morning person then don’t force yourself to wake up at half 6 to start the day earlier, it will only lead to burnout quicker.

You’ll also find that if you create a daily routine in this way then you’re more likely to stick to it!

Here are 5 tips to help you get started:

1. Figure out when you’re most productive during the day and work during these hours

Use your time efficiently! If you suffer from the afternoon slump then make sure you have gotten all your priority tasks out of the way in the morning. If you struggle to find the energy in the morning then start your day a bit later.

By working during the hours where you’re most productive, you will procrastinate less on tasks and finish things quicker.

N.B. Always make sure you’re being healthy with the hours you work and taking at least 3 breaks a day!

2. Map out what your ideal (but realistic) morning routine would look like and just do it

Mornings really do determine the rest of your day.

You want to make sure you are spending this time feeling relaxed and content so do what makes you happy. If you want to wake up at the crack of dawn for yoga then do it. Or if you want to have a lie-in and watch a bit of TV then that’s ok too!

Just call me Miss Flexibility because I feel like this is always one of my points!

It’s so important to bear this in mind. Like with everything, daily routines might not always go to plan. You might wake up one morning feeling blue and all you want to do is lie in bed for an extra hour. And that’s ok. If you’re not feeling it then don’t push it.

4. Stop listening to what everyone else is doing and do what feels right for you

Asking you to stop comparing yourself to others is easier said than done but honestly, this is the reason why most of us force ourselves into a routine that isn’t right for us.

We’re unhappy and we get angry at ourselves when we fail to make it work.

As long as you are making progress towards your goals every day then who cares if you wake up at 10am, watch Gilmore girls for 2 hours and finally open your emails at 12pm.

Always go back to your why.

5. Test out your new daily routine

Before you fully commit to your new routine it’s important to see if it works. Try it out for at least 30 days. Make notes of how it makes you feel. Are you struggling to maintain certain things? Do you feel more or less productive than you did in your old routine?

If you’re not happy then make changes.

It’s all about trial and error as in the end you’ll have a productive daily routine that works best for you! 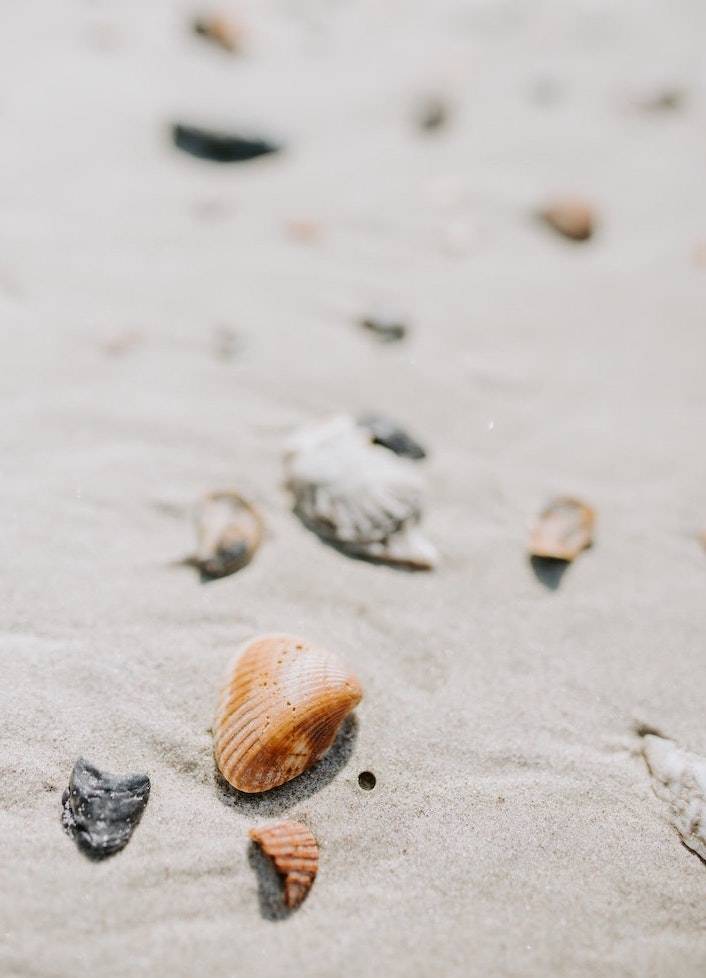 Make Time For Fun With These 101 Recreational Self-Care Ideas 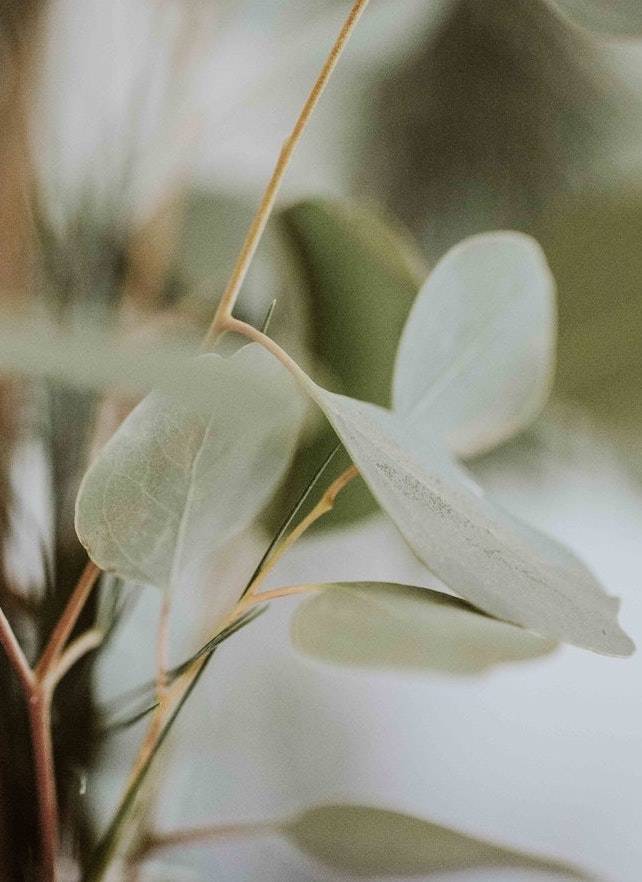 8 Steps To Cultivate Your Most Intentional and Meaningful Year Yet

Save the date ✨ On Sunday 30th January I’m ho

A little look into my first week in Istanbul ✨

If you’re struggling to get back into the swing

Save the date ✨ On Sunday 30th January I’m ho

A little look into my first week in Istanbul ✨

If you’re struggling to get back into the swing